We were asked by Private Drama to create a theatrical pub tour taking in some of the oldest establishments of London town as part of the re-brand of the Midtown area. We delved into the history books and weaved fascinating facts and sensational stories into a whirlwind experience for a series of lucky winners and press for one night only. A gaggle of guests assembled at the designated meeting pub before being whisked away in separate directions down alleyways and side streets by our talented tour guides.  Each group was led on a route that took in four pubs, a few more pints, and even more colourful characters from times past. Oliver Cromwell’s ghost chilled guests with some candlelit tankard-talk, while others became part of Dick Turpin’s gang and planned a robbery. The suffragettes chained up a few unlucky souls, and others played ‘hide the priest’ in a most bizarre and comical reliving of the reformation! With a great team of stage managers ensuring that everything worked to a T, this was a pub crawl with a brilliantly big difference! 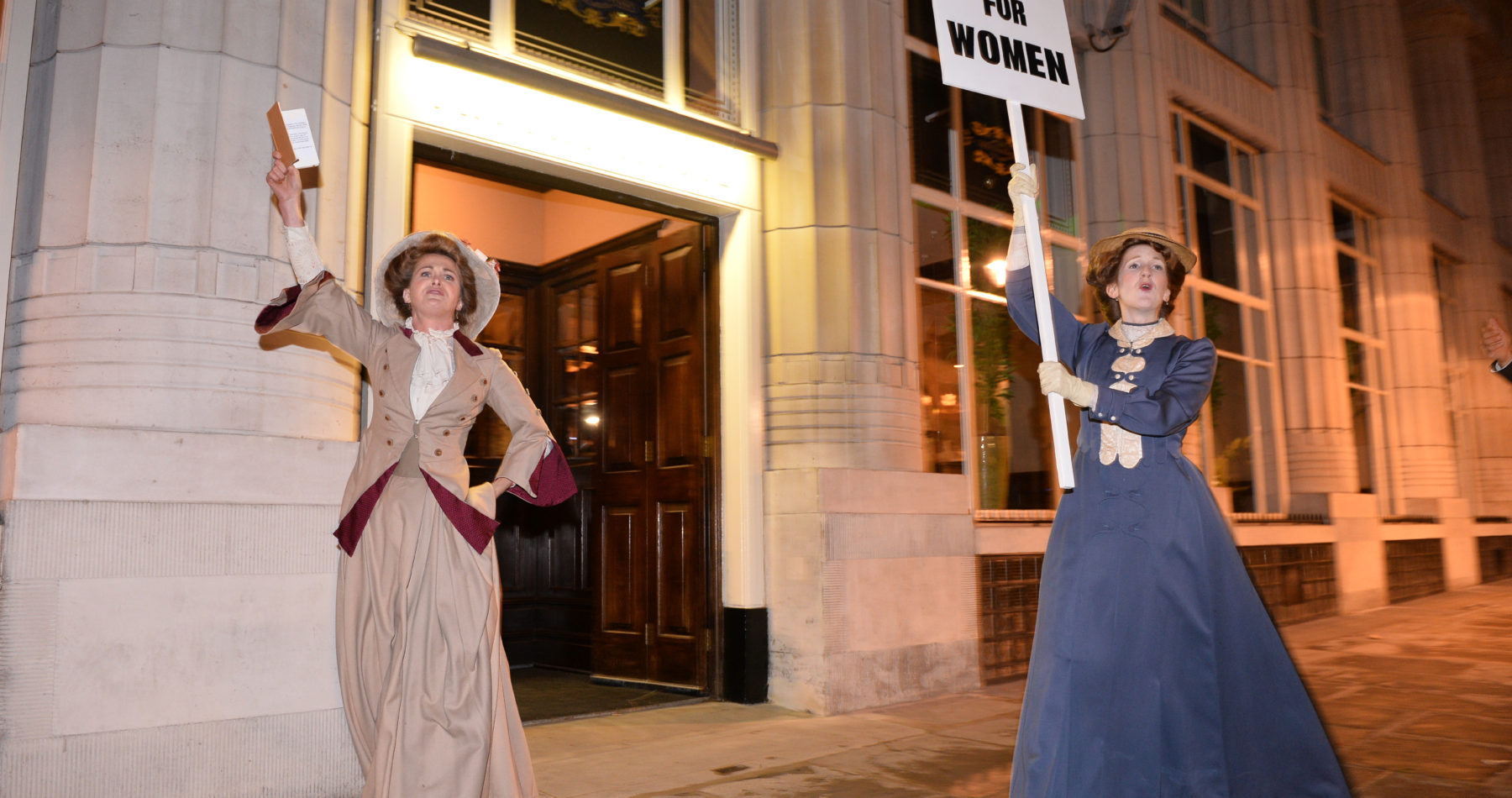 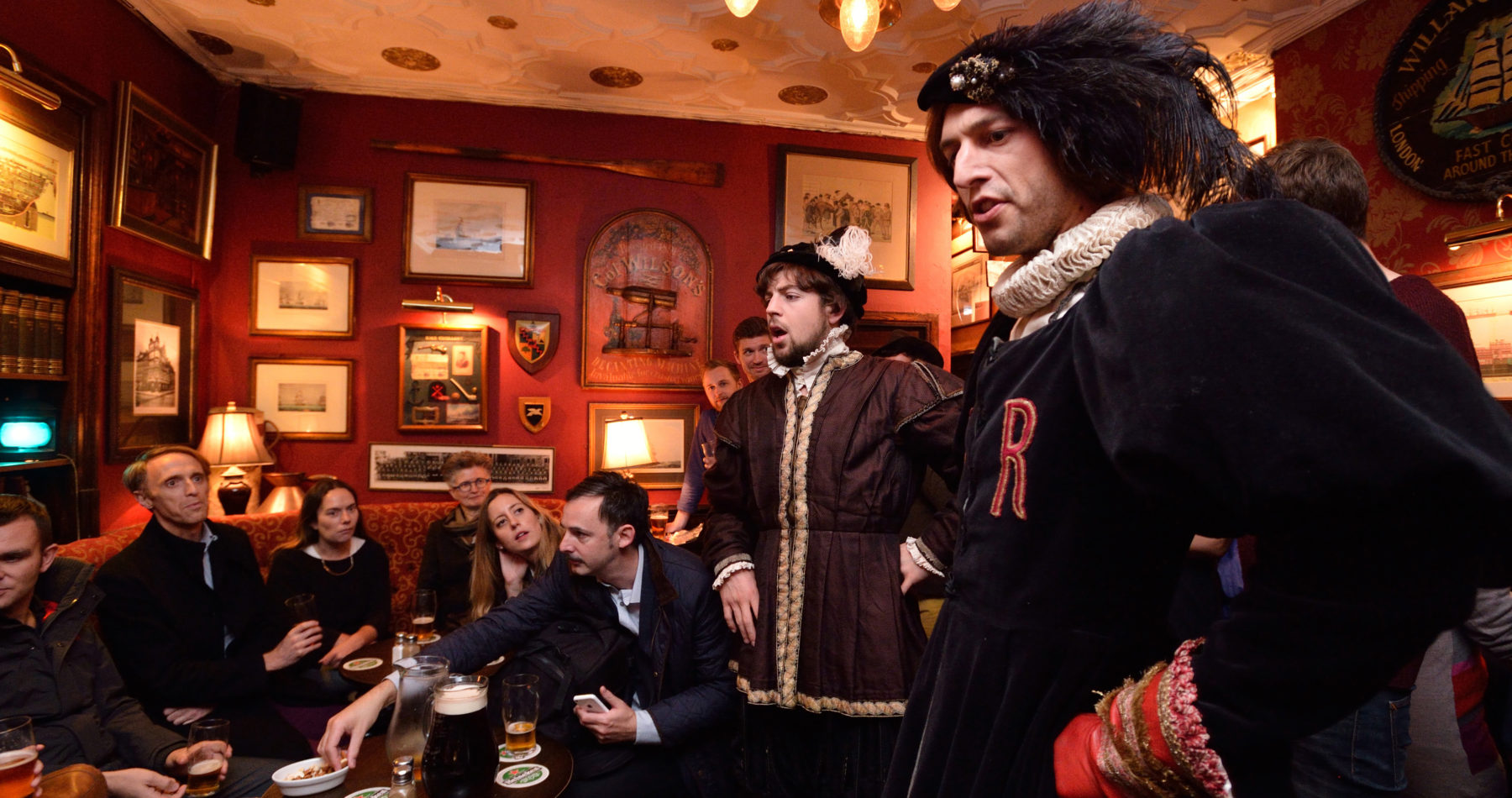